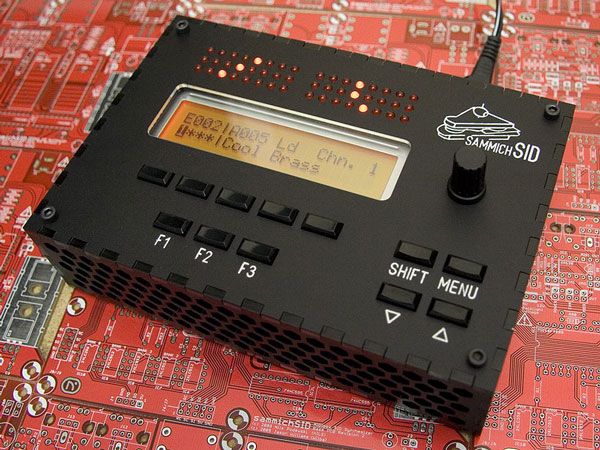 When Wilba found he could use his Personal Factory to make custom products with no setup fee and no minimum order size, he quickly jumped at the chance.

He had a great idea for a DIY electronics project, and had now found the perfect way to make his idea real and take it to market.

As a music making fan Wilba had played around with MIDI systems for some time. MIDI (Musical Instrument Digital Interface) systems make it easy for musicians without formal engineering or production training to create their own music. It’s clever technology that has seen a boom in music making.

With a keen interest in making music and making products, Wilba recognized a problem – and a solution. While many people were good at putting together the basic electronic modules to build a music sampling box (known as a MIDIbox), most struggled to design and make an attractive and easy to use enclosure and control panel.

Wilba had seen a few examples on the DIY electronics scene of simple open-sided enclosures, such as the Stribe1. They were typically made with a laser-cut acrylic top and bottom and held together with a few screws and spacers.

His first thought was to design his own MIDIbox as an open-sided enclosure too. But as his making path evolved, he discovered a superior design. Wilba recognized a better way to go was to create a closed casing design consisting of top and bottom panels clamping down on interlocking side panels to hold everything in place. A better product to look at – and easier to use.

Wilba had a gut feeling he was onto a winning design. So, after discovering Ponoko and opening his Personal Factory, he got on with the job. 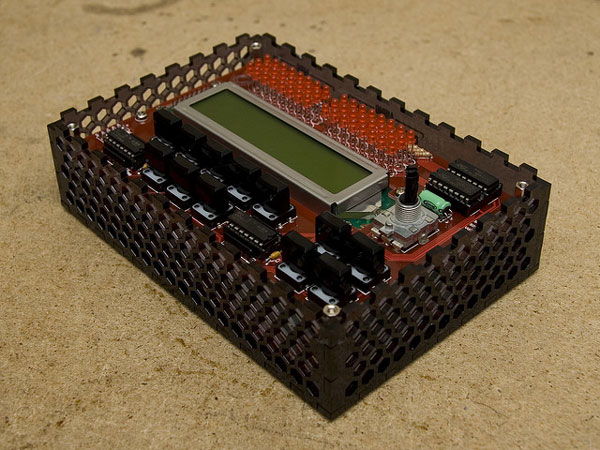 First up, to save on cost and time, he tested his design on paper

He drew his enclosure designs using Inkscape (the free open source 2D design program) printed them out on paper, cut out his designs with scissors and slotted everything together.

When he was comfortable he’d nailed the practical realities of his design, he progressed to take his prototype to the next level.

He uploaded his design to his Personal Factory, choose a variety of materials to test a different look and feel, got an instant online price. Then he sat back and waited for his design to be made and shipped to his door.

Wilba was really surprised at how Ponoko could do such small orders. While there were other ways to make enclosures, they were certainly not cheap and were not as user friendly as having his very own Personal Factory – where he had so much more control.

So Ponoko was the perfect place for him to get started, to test out his design a few times to get it just right. 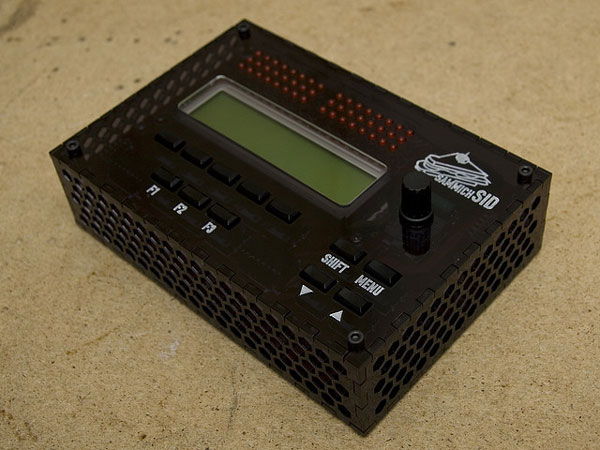 Now it was time to progress to producing his final product

After his initial prototype had turned out great, he took full advantage of the Prime subscription to his Personal Factory. Along with lower pricing and faster delivery, Prime gave him unlimited material options beyond those within the existing online catalog.

So he had Ponoko source a number of unique material options, just for him.

And after LOTS of digital making tests on various material samples, with no setup cost and no minimum order size, he got it absolutely perfect.

Wilba wanted a sleek finish, unique to him. So he chose a matt black acrylic and an arctic ice acrylic. These were also good choices because he found the glossy acrylic (like transparent dark grey or black opaque) scratched too easily and showed fingerprints badly … not good for a control surface.

With his prototyping complete, he clicked the re-order button in his Personal Factory and his first final product rolled off the production line of his own mini factory.

The SammichSID music synthesizer was now real – and he loved it! 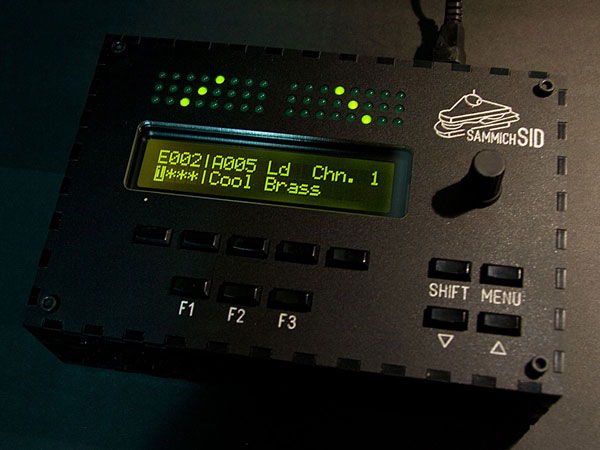 So he decided to start promoting it

As a niche product, it was easy for Wilba to identify a few places to promote his MIDIbox. A small number of blogs devoted to synthesizers and chiptune music told his story. And the right people heard about him – and came running.

But before this, Wilba did a smart thing and asked people to pre-order from him. This meant he didn’t need to pay for stock until he had customer orders in the door. A great way to manage your money, particularly when you’re taking a new concept to market.

However, this is where things got kinda curious.

Rather than ask people to pre-pay in the pre-order stage, Wilba simply asked his customers to pre-order their music synthesizer kit by sending him their email address only. This from Wilba’s webpage:

“If you want to order now, just email your details (NOT MONEY!)”

Now we must admit, this seemed a little odd to us. The idea of pre-order is to remove the financial risk. This strategy only went part of the way. BUT it worked!

After he had collected 50 email addresses (which took just one week), he then asked for pre-payment. And 90% of his pre-orders then paid. The relationship Wilba had built with his customers was clear to see. They loved his product, and they loved his trusting approach. Wilba was prepared to take a risk on his customers and they reciprocated.

So with his first 50 pre-orders emailed in, and money collected, Wilba used his Personal Factory to custom make 50 MIDIbox enclosures. He also sourced the electronics, and when it all showed up at his house, he packaged each complete electronics kit into a box, and shipped to his excited customers.

Encouraged by his early success, Wilba kept talking about what he was up to. He continued talking with a select group of bloggers and writing to the community site frequented by followers of the non-commercial hardware/software platform for DIY projects involving MIDI. All very part time. And the orders rolled in to the tune of over US$80,000 in sales.

We asked Wilba why he thought it was so successful

Here’s what he said:

“Even though the case design is very minimalist, the kit has everything you need, including the rare SID sound chips from Commodore 64, so it was going to be popular with people who had heard of the original MIDIbox SID synthesizers (a DIY-kit that is comparatively cheap which makes it a bargain for someone looking to experiment with SID synthesizers) but thought that one was way too hard to actually build for themselves.”

“My SammichSID MIDIbox is very simple for people to self-assemble because it has absolutely everything you need in a single electronics kit. All of the hard work of refining the design, sourcing parts, checking for fit, packaging for self-assembly has already been done.”

“Also, I have been selling the 6582A SID chip for several years now to people trying to build a variety of SID synthesizers. And I knew only a few synths were actually being built. There was clearly a problem to be solved. So there were quite a few of my SammichSID orders from people who had already bought SID chips from me but had not built anything with them because existing options were just way too tough. I gave them a simple DIY kit to make it happen for them.”

Finally, Wilba gave some advice for others who want to do the same thing

“Don’t expect your first prototype to be perfect – that your design or material choice is what you’ll eventually use for ‘production’. Don’t be afraid to change things. In my experience, switching from transparent acrylic to matt acrylic was the right thing to do, even though I’d already shown off the transparent acrylic prototypes.”

“For laser engraving, it’s best to get some samples of different methods (vector vs raster, line widths, etc) and then choose the best one. For example, I couldn’t get raster engraving to look the way I wanted, so I switched to vector engraving.”

“In Inkscape, I work mostly with zero width strokes, so outlines won’t include a stroke width, and the shape size matches what you’ll get (not counting for laser kerf). This is important for parts that need to fit together. I set the stroke width/colors in a unique design file for ordering, sometimes after I’ve grouped parts together on a Ponoko design template and optimized for shared cut lines between parts.”

“If you want to try the “snap in” concept with acrylic (like a display window in a control panel cutout) I’d recommend using a radius on the corners, as this avoids cracking and makes the parts easier to put together.”