Article by Martin Gibson - @embody3d @martingibson - Monday - 8/11/10 This week in Industrial Design features the hottest links to other cool Industrial Design resources from around the web. For your weekly dose of Industrial Design news, events and products check out TWIID! If you have or know of a good resource for TWIID please get in touch with us!

Being an industrial designer as many could appreciate is one of the most poorly rewarded and thanked occupations out there. If there are ever any mistakes in a project when it gets to the manufacturing stage it is 99% of the time the ‘designers’ fault, yet despite this responsibility industrial designers tend to be some of the most poorly paid professions within a manufacturing organisation…it’s ironic however that CEO’s seem to get more than their fair share in regards to income:responsibility.

The following article I am going to outline some strategies for minimising these all to common design mistakes. These strategies are mainly targeted at design managers, senior designers, supervisors, project managers or managing directors or anyone who is in a position of quality control.

Allow for adequate time for designers to check through work after it is completed. After talking to many industrial designers there seems to be a real rush culture in organisations to get projects done. But as any experienced production manager could tell you adding just 5% extra time to the design process is a small price to pay when it could save 10 or even 20% of the manufacturing time. Managers need to understand the correlation between time and accuracy. There are a lot of things that can go wrong when designing especially when you’re the only educated eyes on the product design. A slight decimal place in a dimension or an incorrect letter in a filename could potentially cause all sorts of havoc and at the end of the day these are just standard human errors/oversights. The more time, the less mistakes.

You need to speak honestly to your supervisors and let them know that if you want to minimise mistakes more time needs to be allocated to design quality control. Whatever the case you need to be rational not emotional in how you make decisions when it comes to project schedules.

The Brilliance of Checklists

Checklists are one of the best and simplest quality control measures available to a designer. Use them! Whilst designing a designer is going through hundreds of steps to complete a project (or as I like to say, hundreds of quality control measures). Perhaps have some of these main steps documented in a checklist format and simply tick the boxes when a step is complete. A step might be something like this:

These checklists should also be updated and reviewed after every project. If anything is forgotten, simply add it to the list. This will prove to your supervisor that you’re being proactive about correcting mistakes.

The most effective way of minimising mistakes is by having automated systems that don’t rely on humans. Computers and machines don’t often make mistakes! Some CAD programs have ways of automating quality control, or this could be as simple as changing the defaults on your software program so you no longer have to remember to tick that check box every time you launch your program.

Unfortunately there are many great quality control procedures that computer programmers and coders use each day for quality control but these just aren’t available for designers or managers in a design/manufacturing environment.

Humans make mistakes from time to time. But the biggest rule here is don’t blame people, blame the system. If you have effective systems in place there should be no reason to have to blame people because there simply wont be any mistakes in the first place. I recognise this aspiration is some kind of Designer/Manager nirvana but this end objective should be worked upon. 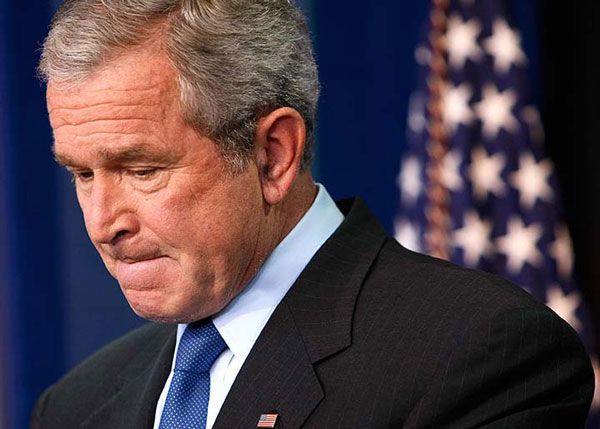 Providing your designers are reasonably intelligent and diligent at work and mean no harm or malice, don’t get angry at them, get angry with the systems they abide by. How often do Presidents and Prime Ministers get blamed for a countries misfortunes? When so often it is the parameters in place that limit their control, the vagueness of their responsibilities and not to mention the boundless politics and red tape. Getting angry at the designers themselves will severely bring down the confidence of the employee for days or even weeks ahead and will make them more hesitant in future activities and consequently it will likely induce them to make more mistakes not less. You need to support designers and be proactive in cooperating with them to improve existing systems. Don’t develop these systems independently as you will likely lack empathy/knowledge about existing systems that designers proceed by and secondly it portrays to the employees that you don’t highly regard their input.

Changing the Culture – Get Rid of the Blame Game

There are many organisations that play the blame game, where designers blame the makers and the makers blame the designers. This culture insights self-defensive measures which only further perpetuates the problem. Work between designers and makers should be collaborative and it should be in both parties interest to work together. Perhaps some kind of incentives should be offered to employees who show great efforts in teamwork? Or perhaps value management meetings should take place before every project begins between designers and makers? 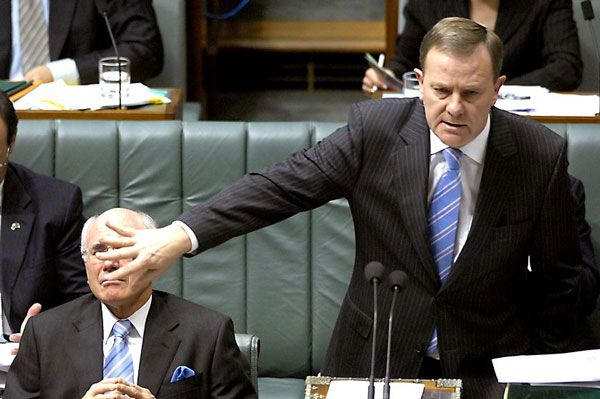 Do you ever ask your employees how systems can be improved? Or is the culture within your workplace best described as some kind of autocracy? To improve quality standards having an autocratic management style is the worst way to improve systems. Designers need responsibility, authority and the opportunity to free speech; it should be encouraged, not ignored or frowned upon.

Technology is often the Greatest Variable in Designer Quality Control

Technology is often one of the largest pretexts to design mistakes. Updating software can sometimes cause confusion and make years of good systems disappear over night. It is important that software of course is updated and other technological tools at your disposal are maintained and regularly kept up to date. Major changes however need to be implemented with great care and testing before they are released into your business processes. Forecast what changes and problems may occur in the event of updating or acquiring new technology. Don’t just throw new technology at designers and expect the gears to keep turning. Sometimes the gears may roll to a grinding halt, or even perhaps start to turn backwards.

Also keep in mind: designers aren’t computers, but designers need to work with computers and often computers aren’t designed to work really well with humans… or for that matter don’t really work that much at all. That is, sometimes computers do strange and wacky things! Take for instance Solidworks; despite being around for years and years and accepted globally as one of the main CAD standards, there are still hundreds of bugs and issues with Solidworks that drive designers absolutely insane day-to-day.

Reduce Complexities Inherent to the Design

Another sometimes less obvious way to reduce designer mistakes is perhaps inherent to the design itself. Maybe the product being designed in the first place is just overly difficult and is causing the designer heaps of mistakes? Is there perhaps an easier way of getting the same result? Maybe the designer could simplify the design a little which might make the product easier to model or less riskier to make?

Although it kills me to say it, sometimes the KISS principle (Keep It Simple Stupid) is very effective in bringing back control to the designer and reducing the fear of designing overly complex products. KISS and makeup baby!!! 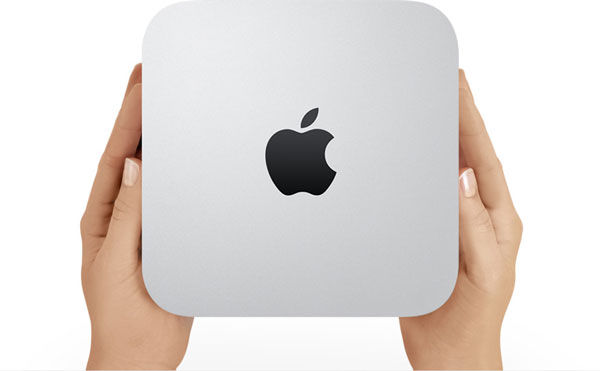 All to often managers only ask the question “Who made the mistake?” and then they plan their evil retribution measures (jokes). However, lets say the factory made a product 500mm instead of 50mm like it was supposed to be because the engineering drawing had a mistake. Typically the manager will go immediately to the designer asking why the designer has made a severe error in the drawings. But the designer might have been under great stress trying to get the drawing done on time and didn’t even have enough time to check the drawing even once. Is this the designers mistake, or the managers mistake for not allowing adequate design time for the project? Really managers need to ask these questions:

Data can be gained from diagnosing design mistakes and this data can be put into a matrix to better manage designer quality control (just like classic risk management: consequence divided by probability). Like many philosophers have said throughout history: how can you treat something you don’t understand?

If your business will allow it, make prototypes and test out your designs before they get mass-produced. It is the age-old designer quality control measure. If the prototype is perfectly fine tuned, well then one could assume that a full production version using the same data would also produce a perfectly fine tuned result.

It is the challenging job of the industrial designer to get details as micro as a dimension correct whilst thinking macro enough to consider the core functionality and user ergonomics associated with a product. The industrial designer should strike a balance between the micro and the macro of design. If one thinks too much about small details like whether the product should be 99% or 97% black, one might forget that perhaps the colour should be yellow in the first place because it needs to highly visible at night or in emergency situations. Likewise one mustn’t consider the purpose of the colour so much that he/she forgets to specify the correct colour to the most precise degree.

Remember always to refer back to the original design objectives specified in the client brief. Manage your time wisely so that critical issues demand the most attention to minimise the consequence of core mistakes occurring.

Looking After Yourself Mentally and Physically

A designer like any other employee needs to take good care of themselves both mentally and physically. The mental state of a designer can severely impair their concentration ability and as a consequence, the amount of mistakes they make.

So many industrial design activities these days unfortunately take place on a computer. It is important that you rest your eyes and get up and walk every half an hour or so, even if it is just around the office. Maybe go for a run before or after work or even during a work break. Eat healthy food and don’t rely on stimulants like energy drinks and coffee to get you through each day, rather rely on a good nights sleep and a positive attitude. 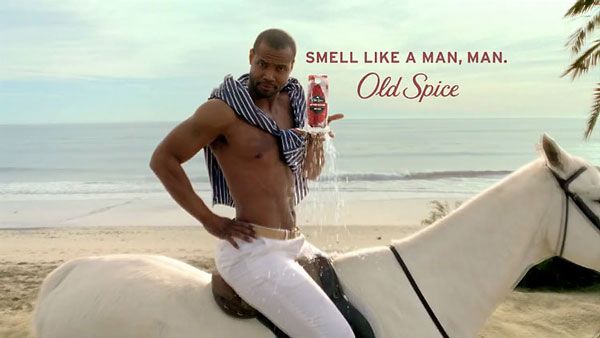