Taming the Dragon – The Manufacturing Apocalypse 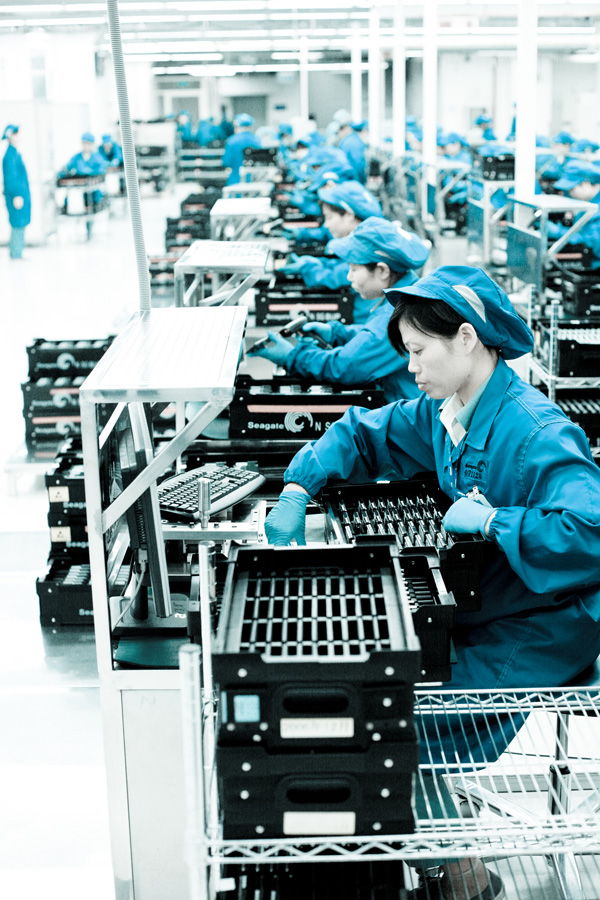 In 1995 we thought China’s 3% of global manufacturing power consisting mainly of huge textile industries was limited in growth. But since then China has experienced unprecedented growth skyrocketing to 15% of global manufacturing output in 2009. This juggernaut of labour consists of 109 million manufacturing workers or 5 times the total population of Australia. One must keep in mind that many millions more of illegal, migrant and unrecorded workers also scour the manufacturing floors. If we compare this figure globally, the United States only has 14 million manufacturing workers, and with all the G7 countries combined the force is still 55 million workers short of China. China’s manufacturing efforts have tripled in the last 10 years making China undoubtedly the largest manufacturer of consumer goods in the world. If we disseminate these mind boggling figures further into categories associated with industrial design we get:
3 486 000 electronics workers
3 486 000 electric equipment workers
3 413 000 transportation production workers
3 437 000 machinery workers
1 751 000 plastic workers
807 838 rubber workers
767 000 wood workers
649 000 furniture makers
2 131 000 metal workers
As well as tens of millions of niche and miscellaneous employees.
source: corporate executive board

So Why is China such a Large Manufacturing Power?

The growth and scale of such numbers can only be attributed to 2 key factors: wages and population. China is a developing 2nd world country and as a result wages by western standards are incomprehensible. The average Chinese manufacturing wage is a mere $0.57 an hour or $104 per a month, this is about 3% of the average U.S. manufacturing wage. China also has poor enforcement of industrial relations which allows manufacturing companies to utilise labour for long hours and in sometimes poor conditions that Western workers would be unwilling to endure. Not to mention China’s laissez faire immigration enforcement which many Chinese companies have exploited by hiring foreign workers as a means of avoiding tax payments. The population of China constitutes nearly 1/5 of the global population. This coupled with low wages has been an enticement for Western companies to shift high paid manufacturing jobs overseas to better compete in local markets. The percentage of savings by shifting these jobs to China is really dependant on the industry, but even when you include the additional shipping, transportation and import tariffs the margin still outshines local production.

How Fast is it Growing?

China sees a generous 7-8% economic growth per annum compared to around 1.5-3% experienced by the rest of the world. In the last 10 years China has rose from the 12th largest economy to the 6th largest. However history tells us that this rise of the dragon isn’t so new. In fact it is estimated that in 1820 China’s economy accounted for 36% of global GDP which is even more dominant than America’s 33% GDP majority in 2001. Despite the recent global financial crisis China’s manufacturing machine has been relatively unscaved due to China’s growing middle class, the easing of restrictions on bank loads, and lowering transaction taxes.  This growing middle class is very important to China and in a couple of decades time will greatly shift the economic balance of power. America will no longer be seen as the largest export market in the world but China will.

But what about the Quality of Chinese Goods Does it Compete? 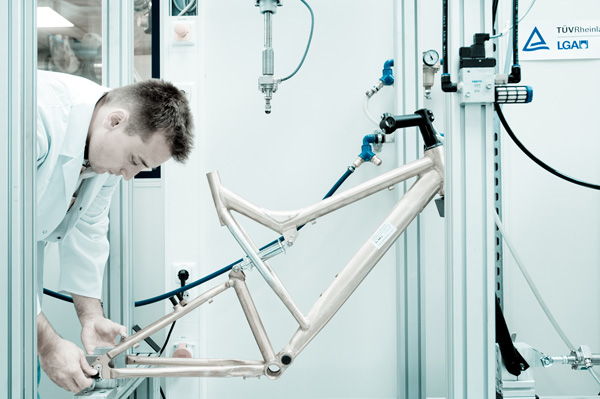 There is a stigma in most developed nations that Chinese manufacturing doesn’t compete quality-wise compared to local production. Certainly there was a period where the quality of Chinese goods was questionable as the training of workers and the primitive production means available didn’t compete to well developed systems in western nations. But this quality stigma in 2010 is all but gone. These arguments are largely propelled by local manufacturers to dispel the quality of overseas competition. This notion can be seen frequently with manufacturers staging a call-to-arms on television for the population to rally behind local businesses and bewitch the foreign invaders with little to no success. If there was a lesson to take away from consumerism it is that end consumers ultimately value price over all else in the goods they purchase. On television politicians might advocate their local shoe brands, but at the end of the day they are buying Nike shoes more than anyone else. But have a think about it, when was the last time your Nike shoes weren’t of adequate quality? In fact it is sometimes the western manufacturers who are cutting corners on quality control to make a meagre attempt to compete with their Chinese counterparts. Not only expect the quality of goods to improve from China but also expect it to surpass the quality generated by developed nations. This is because most manufacturing will be in China, all the competition will be in China and the expertise and technology will all be in China.

What Does this mean for International Industrial Designers? 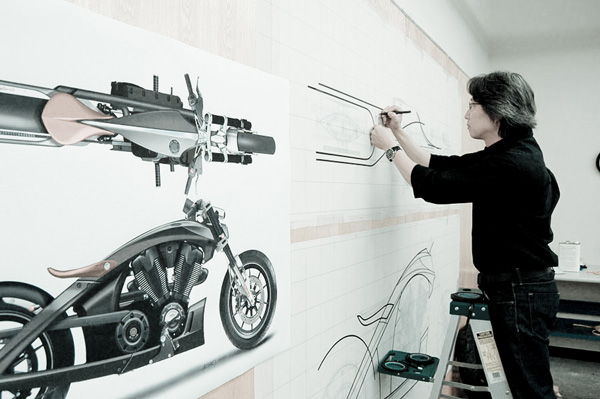 Through Embody3D I have had the great opportunity to discuss these global manufacturing issues with industrial designers from all over the world. Something to strike a chord especially from recent graduates is just how dormant the design employment market is. Each year a new batch of highly trained industrial designers are churned out from universities into an industry which is dwindling partly because of the China syndrome – designers will fester where manufacturing lies. It makes sense for industrial designers to be in the clean room next door to the Chinese manufacturing floors; it doesn’t make sense for industrial designers to be on the other side of earth speaking a different language expecting things to get done. Lets’ face it, China isn’t going to be exploited forever by large foreign conglomerates. Highly trained Chinese designers and business entrepreneurs can be found studying all around western universities and at some stage they will return back to China with the knowhow to exploit their countries resources better than any Harvard Business student. One thing we have learnt is that the Chinese are great copiers, and I don’t mean this in a demeaning way. I am not talking about the Chinese’ ability to blatantly disregard foreign patents and design registrations, but rather their ability to generate cost effective competitive products that undercut the market. Take for example the largely foreign owned Chinese automotive sector, now there are growing home-grown Chinese businesses like ‘Great Wall’ which are being exported all around the world at astonishing prices; as if Ford wasn’t in enough trouble. So in western countries we will continue to see this convergence of design jobs in China. It is all not negative news for the ‘foreign’ industrial designer. In the designers favour is a globally integrated employment, business and consumer market. This new integrated business environment will allow easier cross-cultural collaboration through improved communication means and standardisation. But there has always been that cultural and language barrier in China that has plagued western businesses by the likes of Microsoft, Yahoo and more recently Google.

Strategies to Tame the Dragon 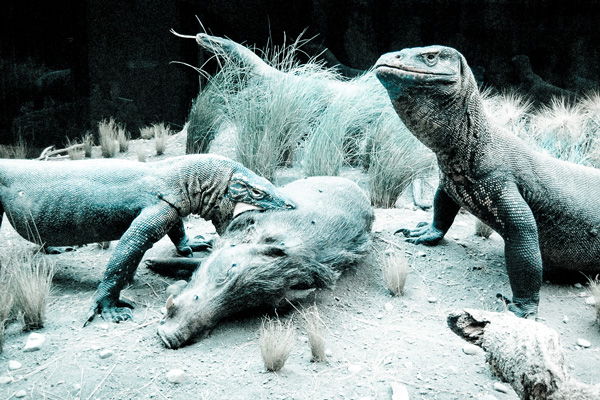 There are only 2 approaches to ‘taming the dragon’, to integrate or to directly compete. The first approach is to accept that the days of success of local manufacturing are numbered and therefore try and embrace and integrate with this Chinese manufacturing industry. This embracing technique can be seen time and time again with corporations maintaining their operations and output but shifting the manufacturing to China. This model is very successful on the most part, utilising local knowledge on markets and business strategies whilst exploiting the cost efficiencies of off-shore manufacturing. In theory this practice seems simple, but in reality this outsourcing of manufacturing can be an extremely long and painful procedure requiring plenty of retraining, negotiation, administration etc. etc. The other approach is to directly compete with the Chinese capitalising on their shortfalls. Many have advocated a protectionism ideology where you simply have all machines blazing to protect the father-land, but this is a gun-fight you wont win. You either need to outsmart the Chinese through machine technology or provide to consumers what they can’t get offshore. Currently the west enjoys the best technology has to offer and a way to compete is by utilising machines that are far more efficient and less labour intensive than what China withholds. Other western manufacturers try and utilise founded principles like lean manufacturing and six sigma to create faster service, better quality, smaller batch sizes and a greater degree of customisation. But one must recognise that it was the Asian continent that first developed these principles most notably the mass production and waste minimisation of Toyota Motors during and post WW2 period.  I believe this approach lacks longevity, as it is inevitable that this same technology and know-how will find its way into foreign hands. All hope is certainly not lost just yet for local manufacturing sectors. There are still great opportunities including: the servicing of products, the retrofitting of products and the design and development of custom or niche products. One might not produce mobile phones anymore, but one might want to develop mobile phone accessories for a unique segment of the market. There will always be a requirement for custom or niche product development locally for whatever purpose, and this is what many local manufacturers have found themselves doing. By discovering these niches, producing premium quality products and providing unrivalled design, local manufacturing businesses can have a promising and viable future.
Share