What is the Best Rendering Program for Solidworks?

The last few days I have considered what Industrial Designers really need when it comes to a rendering program. Just recently on Embody 3D we did a poll surveying the most popular CAD programs used in industry, and a large portion of voters cast their ballot for Solidworks. So I thought I would find the best rendering package for Solidworks on the market today.

Unlike many other rendering software critiques on the internet I thought instead of just judging a program by how good it’s finished renders are, I would judge the programs on a whole bunch of criteria relevant to Industrial Designers in a working environment.

Value 1 -The time to setup the scene of the render should be fast.

Value 2 – The actual render process should be as fast as possible (in a working environment no more than 10 minutes per render).

Value 3 – The render should look realistic and give clear results that a designer can use to communicate to his/her client.

Value 4 – The designer should get an instantaneous and realistic preview of what the final render will look like before he/she clicks render. It shouldn’t be a constant trial and error back and forth process.

Value 5 – There must be a comprehensive amount of built in or available materials and scenes for the program.

Value 6 – It should be easy for the designer to add materials or edit existing materials/environments for the program.

Value 7 – It must be fault proof, so that it is customisable but not so customisable that if you put a decimal point in the wrong spot of an input field the render shouldn’t end up being a plain black or white screen.

Value 8 – It must have an intuitive and aesthetically simple user-interface design.

Value 9 – Feature-wise it must be good value for money.

I tested out the main 4 programs that work seamlessly with Solidworks. Two that will immediately spring to mind include Photoworks and Photoview 360, however I was able to get my hands on a pre-release of Keyshot (formerly known as Bunkspeed Hypershot) as well as the established premium program Maxwell Render. I grabbed a chassis of a motorbike from 3D Content Central and applied some different metal and plastic materials to the model. I rendered the images using a Mac Pro with 2 x 2.8 Ghz Quad-Core Intel Xeon with 10GB of DDR2 Memory and a NVIDIA GeForce 8800 GT 512MB Graphics Card.

Please note that the above results are a qualitative not quantitative indicator of the programs performance. If one was to value one aspect, for example, final render quality in high esteem that particular user might take favour in one program over another. 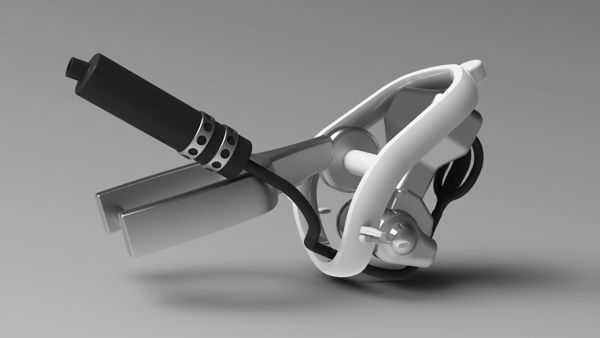 Render completed in 4:30. The render was clean and reflected the original render preview I was given. Some of the metal materials appeared a little plastic-like in appearance and other metals rendered a little rubber-like, but overall the render quality was excellent. Scene setup and tweaking was approximately 3 minutes.

Photoview 360 is a separate program that imports Solidworks files for render.

Render completed in 6:21. The render was clean and was extremely close to the original render preview I was given. The render quality is superb and without a doubt was the best render out of all the tested software. Scene setup and tweaking was approximately 2 minutes.

Keyshot is a separate program that imports and translates your Solidworks data. 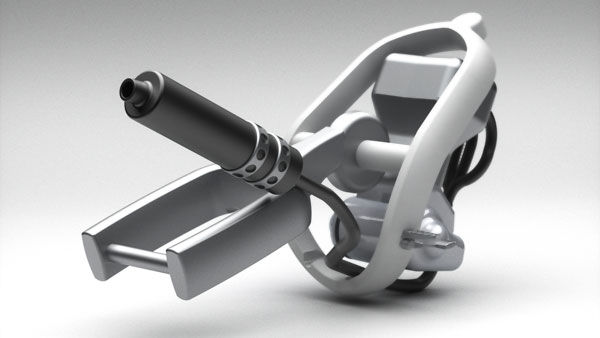 Render completed in 31:58. The lighting, shading and material accuracy of the render is the best out of all the programs. The metals had the same reflectivity and shine as real metal and didn’t look as plastic as Keyshot and Photoview 360. However the render took the longest period of time to complete and in some business environments half an hour might be a little too long per a render. Maxwell should be used a little differently to the other programs in that you should use it when you want one fantastic image rather than when you may want many low quality images. Scene setup and tweaking was approximately 9 minutes.

Maxwell Render is a separate program with a Solidworks plugin. Materials and environments are specified within Solidworks and once rendering initiates Maxwell Render launches as a new program. 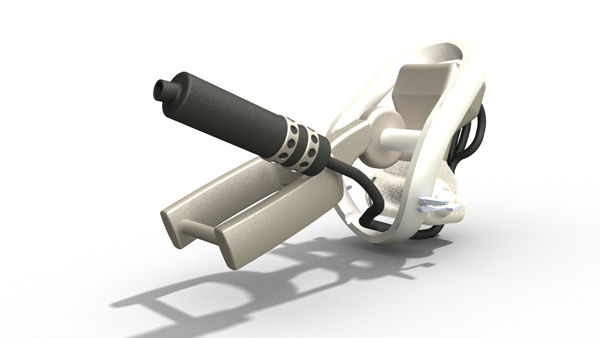 Render completed in 2:49. I knew even before I started this test that the Photoworks Render wasn’t going to look like the other renders. Photoworks is notorious for delivering sub-par render results. I do realise that if I spent more time tweaking the Photoworks render I could have potentially gained better results. But I shouldn’t have to adjust the colour of steel to cream so Photoworks can render it the correct colour of grey. Scene setup and tweaking was approximately 5 minutes.

– Whilst rendering the whole computer is innoperable as almost the whole processor is utilised during the rendering process. Some would say this is great because it means renders are quicker, however in a design studio having a computer out of action during renders is simply not acceptable. A design manager would prefer a render to take another 5 minutes to complete rather than for a designer to not be able to use his/her computer at all for 10-20 minutes.

If you don’t want to pay any money for an additional CAD program it would be a crime to use Photoworks as appose to Photoview 360. Photoview 360 is a quality rendering program and in the next release of Solidworks (2011) Photoview 360 will be integrated into Solidworks, so finally goodbye Photoworks!!! If you don’t mind waiting a little extra for superb render results and you require advanced customisation, Maxwell Render is your bet! If you want something extremely fast and good quality I would highly recommend Keyshot, but if you don’t have $1000 lying around, Photoview 360 is a fantastic rendering program despite its lack of features and at times laggy performance.

It is surprising that some of the newer programs like Photoview 360 and Hypershot still lack some basic features like adjusting the perspective and more advanced scene and lighting adjustments that can really enhance a render. All of the CAD packages need to come with better HDR environments and more realistic material textures. We all know a quality render depends not just on a good model and its associated materials but even more so on its surrounding environment. It is surprising that in the last 5 years these companies haven’t invested substantial resources into making some real professional HDR’s and studio lighting built into their software. Photoview 360 and Hypershot are half way there on their environments and Maxwell is half way there with their materials.

Next year when the better features of Photoworks like camera adjustment, scene tweaking, lighting and applying materials join with Photoview 360’s rendering engine, the next built-in version of Photoview 360 in Solidworks 2011 could make it the undisputed rendering package. However I really feel with the pace computer processors are advancing that Keyshot’s live rendering engine is the way of the future. A future where renders take milliseconds to complete rather than minutes. We are still a long way away from that perfect render but I am sure the next few years will be an exciting time in render technology and innovation.