This week we came across Edison Nation, a Web-based innovation platform that addresses the needs of major U.S. retailers and manufacturers through its social community of inventors, designers and engineers. The community submits to client-sponsored Live Product Searches and if a sponsor selects an innovation(s), the member will receive an advance and industry-leading percentage of future royalties.

Current packaging and design opportunities at Edison Nation include:

In this post we thought we would showcase some of the best designs currently showcased on Edison Nation! 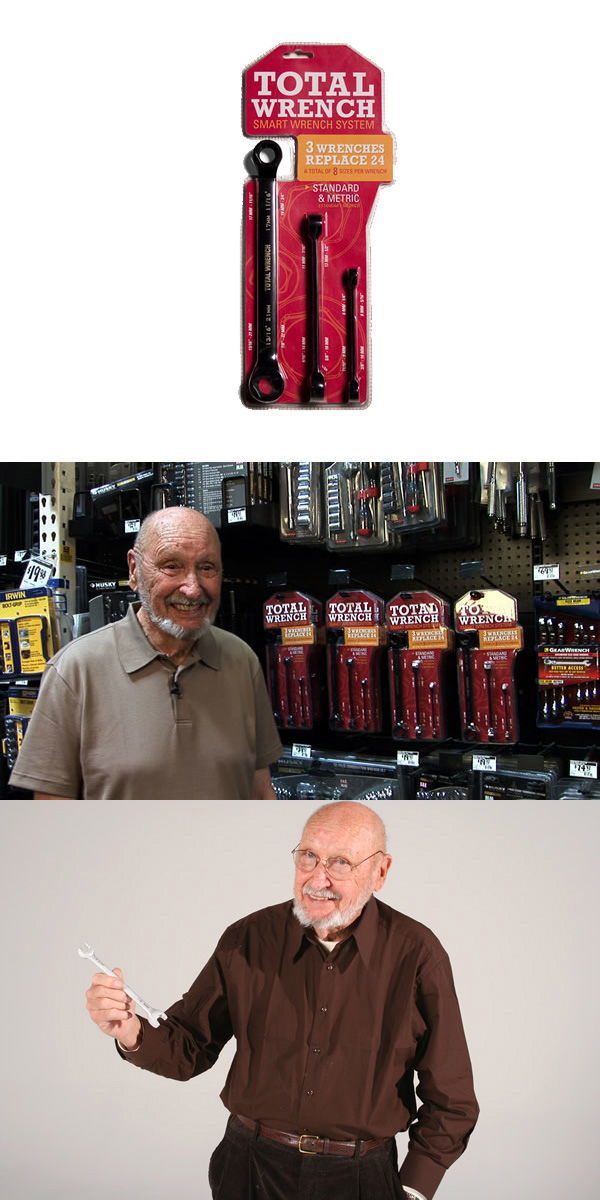 A World War II pilot, retired art teacher, father and grandfather, Herb Hart is not just a seasoned problem solver. He may actually be the picture in your imagination of a tinkerer, getting his hands dirty in his workshop. With his first big idea coming to market at the ripe age of 87, Herb has no plans of slowing down just yet.

His “dual wrench” is just one of the dozen tools Herb has built in his garage – and it’s also the product idea that landed him on Season 3 of Everyday Edisons. His multifunctional and multiuse tool will be making its debut on the shelves of The Home Depot in Summer 2010. 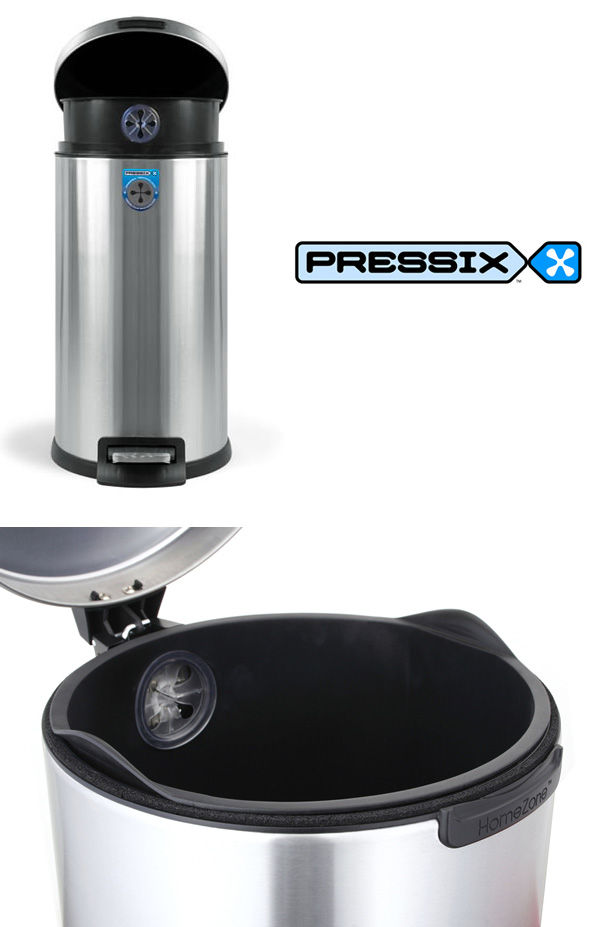 If you’ve bought a stainless steel, foot pedal trashcan, chances are it includes Franklin’s Pressix technology. His idea for a trashcan that can hold the trash bag securely in place makes so much sense it actually makes you stop and say: Why didn’t I think of that?

We were first introduced to Franklin on the first season of Everyday Edisons in 2007. Today, when you are shopping at Williams Sonoma, The Container Store, Walmart or Bed Bath & Beyond, take a peak inside one of the high-end trashcans on display; not too shabby for an inventor in his golden years. 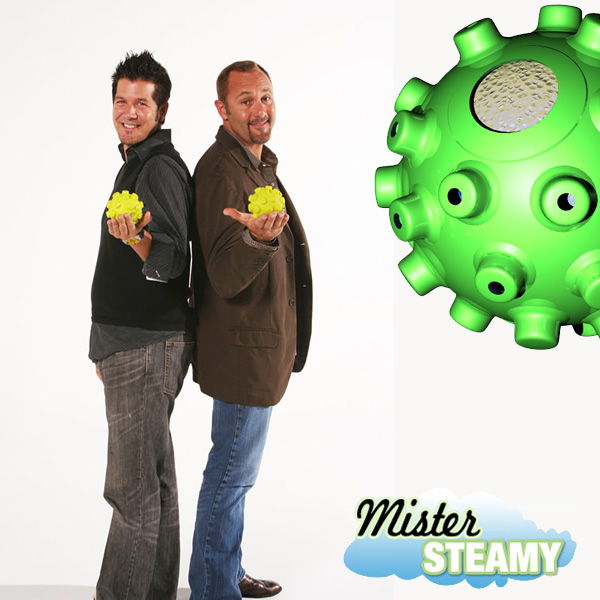 Nightlife scenesters Will Howe and Ric Payne know how to style and profile wherever they go. Combined, their background includes acting, restaurant and bar owning, even a gig hosting the Playboy TV channel. Such lifestyles leave little room for mundane household tasks like doing laundry.

We first met Will and Ric during Season 3 of Everyday Edisons. Their idea and enthusiasm caught the eyes of our development team. Today, the Mister Steamy dryer ball is a solution to those low on time or just lacking the will to fold and put away clothes right as the dryer buzzes.

Mister Steamy can be seen on its own national infomercial and will soon be available at retailers everywhere. 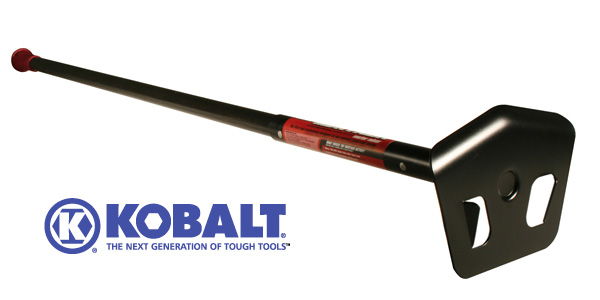 The late John Murtagh had the ambition and determination to conceptualize, design and patent an efficient mortar-mixing tool. Every inch of the mixing head is designed with one thing in mind: getting the most out of every mixing stroke.

“My greatest wish is to take my father into a store and have him see his invention on a store shelf,” says Bill Murtagh, John’s son and engineer. “It’s all I ever wanted.” Unfortunately, John lost his battle with cancer in 2004. His surviving wife and children took over efforts to bring the then-dubbed “Murtagh Mixing Hoe” to market, and earned a spot on the first season of Everyday Edisons in 2007.

It’s been an arduous journey for the Murtagh family, but one that ends with a sight John Murtagh would be proud to see. In 2009, after years of tenacious pitching, the Edison Nation team signed the dotted line of a licensing deal with a major tool manufacturer. In summer 2010, John Murtagh’s homegrown innovation will be unveiled in national Lowe’s Home Improvement stores under the Kobalt® brand of next generation tools.

Parents are natural problem solvers. Children are inherently messy. When Brad and Melinda’s son kept spilling his Cheerios, they came to our Everyday Edisons casting call with a rough prototype to keep dry foods in place when toddlers are on the move.

The Gyro Bowl is now an internationally recognized (and sought) children’s product with major press appeal. What began as a product on a public television series in 2007 is also a DRTV bestseller. 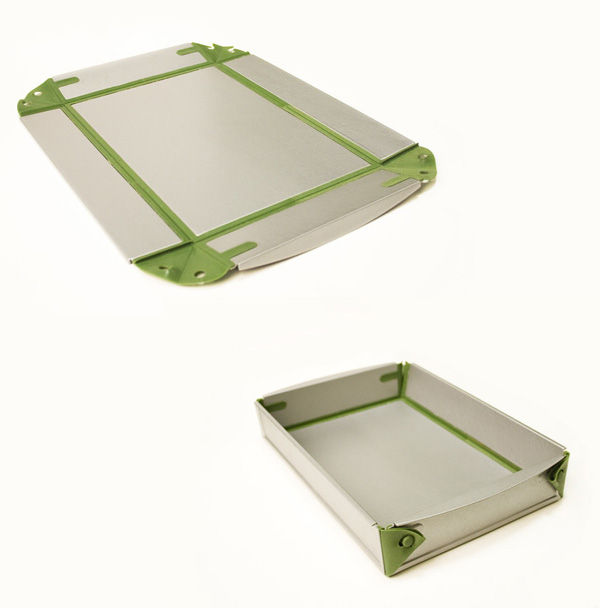 When you first meet Phil Avery, you likely wouldn’t mix in baking with his favorite pastimes of paragliding, designing and inventing. Though he may not be your traditional bakeware innovator, Phil has graciously accepted this role.

While in his kitchen, annoyed by the clutter of so many pots, pans and cookware, Phil hit on the idea for his foldable baking pans, predicting they would be an essential for busy bakers and crowded kitchens across the country. Featured on Everyday Edisons, the pans can fold in size, enabling them to be easily stored in kitchen cabinets and drawers without taking as much room as traditional baking pans. The set also features silicone bonding, which readily releases baked goods and allows for easy clean up.

Phil’s idea is sure to stand out in a sea of similar commercial housewares and kitchen products. His foldable baking pans will be introduced to the market by World Kitchen and available on the QVC network. 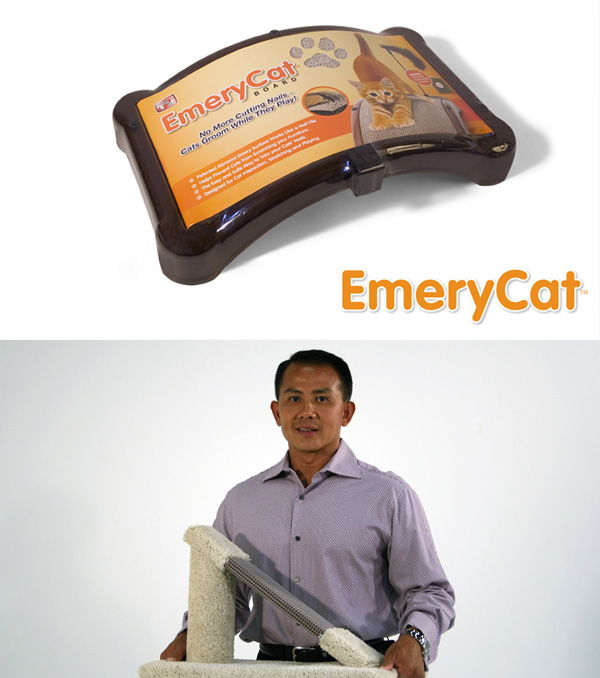 The phrase “like herding cats” rang loud and clear as Michael would gather his felines for regular, time-consuming trips to the vet for nail trimmings. Michael’s Emery Cat unfolded on the second season of Everyday Edisons where viewers were able to watch along with this San Diego-based consultant as his original homemade prototype evolved into a multifunctional pet product.

Today, the Emery Cat is an infomercial sensation, and has been featured on NPR and in USA Today, Cat Fancy and more. The Emery Cat can be found at Walgreens and Target.