The Apple Tablet! Does it matter for Industrial Design?

Unless you have been living under a cave the last couple of months you would know about the impending Apple release next week supposably featuring a new Apple Tablet potentially called the ‘ISlate’ ‘IPad’ ‘ITablet’ or for apple enthusiasts ‘Newton 2’. Despite countless rumours from Macrumours, Apple Insider, Endgadget, Gizmodo (all which are great sites by the way) it is potentially not true. It is amazing how pure rumours can found the basis for thousands of articles for the most anticipated product release of 2010!  But in this post instead of contributing further clutter to this rumoured product I will forecast the potential of new gadgetry (like tablets) in assisting the industrial design process. I hope to add content to this article as it comes to mind.

The new decade of the 2010’s I think is going to be a revolutionary period in how products are designed. I believe there is going to be a shift away from the cumbersome iterative CAD programs that force you to pay another $15 000 each year to get a miniscule update, to platforms that are a complete new paradigm. At the moment there is an obvious disjoint between product designers and CAD engineers, often designers themselves don’t have the training or technicality to operate CAD proficiently. Why should a firm have both the ‘CAD guy’ and the ‘designer guy’? This new decade there will be new interfaces so that there is no longer a need to have 4 years of technical training for a CAD program, but rather interfaces will be so intuitive that a designer could literally mould it with their very own hands. Of course I don’t actually believe these exciting developments will actually come into fruition within the coming decade, but they could if people put their minds to it.

I think the most immediate future to product development in CAD software will be the incorporation of better sustainability analysis and design for manufacturing. I praise the contribution programs like Solidworks are making to design for the environment by incorporating energy use, material usage and end of life cycle analysis for 3d models. But this could be taken so much further, for example, what if you could define the purpose of your product, the forces acting upon it and then let the program decide which material is most sustainable. Likewise this ‘smart CAD’ system could be used when determining the material usage of a product. So after the CAD program has decided what material is most sustainable and the forces acting upon it, the program will automatically adjust wall thicknesses so they are optimal for the products purpose. All CAD programs definitely need to become more human in how they think, they need to know about the product we are trying to design and its purpose. Don’t you hate it at the moment how CAD programs give you this colour grid of where your products weaknesses are? Don’t just tell me where its weak, fix it for me!

CAD programs need the ability to make automatic adjustments like drafts for manufacturing, and optimisation for strength and environmental sustainability. However if we look at the rate of CAD development it is surprisingly slow and I expect it to be a long time before these initiatives see the light of day.

In a recent post about the latest and greatest from CES 2010 we came across the 3M Multi-touch Display (M2256PW) which allows a user to input their fingers (up to 20 of them simultaneously) on the screen. This product is certainly no revolutionary feat as we have seen multi-touch displays many times before, but this product opened my eyes on the shear size a multitouch could be. The 3M display is approximately the size of an A3 sheet, but what if one were to be A1 or A0 sized? There have been many advocates of collaborative design from the worlds greatest design agencies like IDEO and Smart Design, but I firmly believe when it comes to actually designing products it is still a very individual experience. At the end of the day designing requires 1 person and their sketchbook, then all the designers with their sketchbooks come together and share and discuss (how collaborative!). We can all recognise that huge amounts of design time are spent in discussion by flowing ideas around, but we know that the real developments are only seen when people begin sketching. However I can picture a design studio with a huge A0 multitouch display resting on a table with a huddle of eager designers collaboratively drawing, copying, pasting, manipulating, and rendering each others work. The amount of productivity and interactivity would be incredible to say the least. 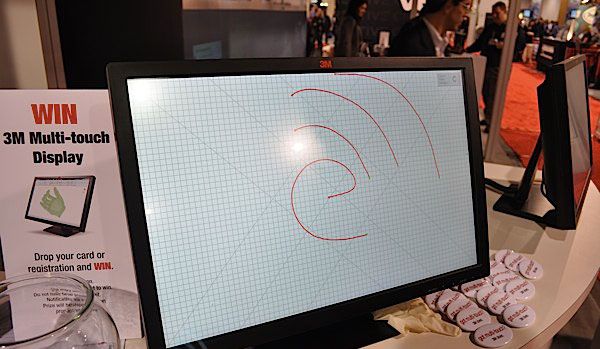 Of course the greatest parallel of this 3M experience would be the most popularised computer interface featured in Minority Report. But just imagine 5 or 6 Tom Cruises working on the same screen together!

Computer rendering these days seems to be frighteningly real with programs like Maxwell Render, Vray and Bunkspeed HyperShot (see renders below). It is often fun to play a game with non-designers called ‘spot what’s real’ and get a collection of superb renders alongside some real images and see if they can tell the difference. 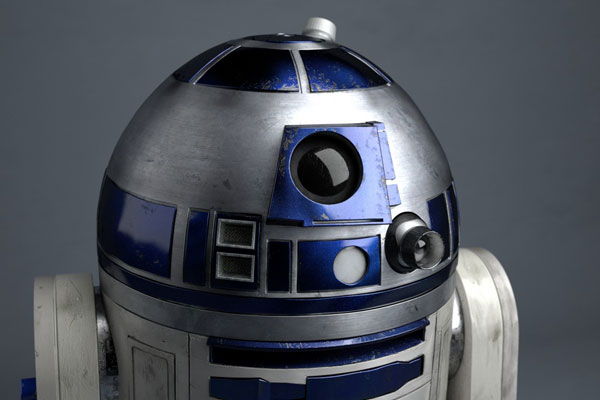 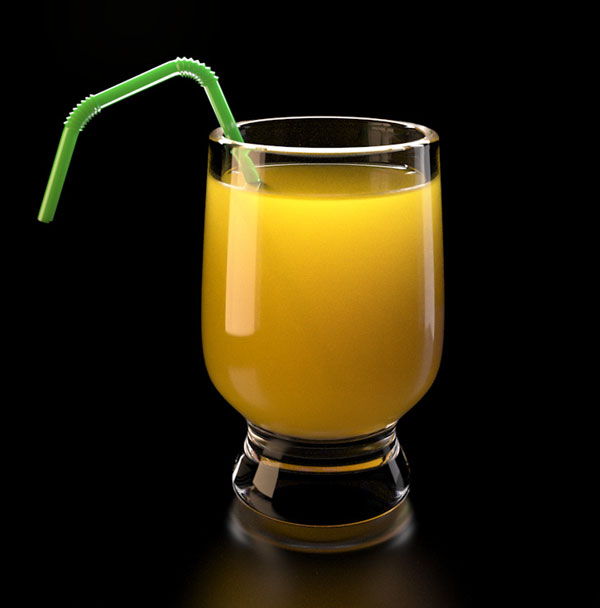 Although the texture, reflections and lighting of these renders may have no faults, they always lack one thing, which is scale and depth. Hologram technology or holography found in the famous Star Wars movies is now here. It is extremely expensive but none the less it is here! Imagine being able to view a product in its full 3d form, being able to walk around it and go inside it. The potential for client presentations and ensuring ergonomic issues are resolved in products before full scale prototypes are made could be priceless to product development. As mentioned previously there is the huge cost to have even a small piece of this technology today, but like anything it will come down. Also the quality of the hologram projections is extremely poor and noisy compared to actual software renders. Rumour has it that some car manufacturers already employ this type of design process, but I am yet to verify this. (Below) Richard Branson at a press conference via a live hologram.

The next type of technology to aid the design process is one I have hypothesised over the last couple of days which I call ‘Virtual Modelling’. The concept is like going back in a time in a time machine, the before time, around 1990, when clay and other hand mouldable materials were an integral part to the industrial designer to envisage concepts. Virtual modelling re-invents this very organic design ritual by having thousands of micro ‘nurbs’ within the clay itself. The designer moulds with his/her hands the desired form. Then some sort of receiver or scanner is used to detect the positions of the nurbs (maybe using infrared), and then this is translated into 3D geometry on a computer. The program simplifies the form by removing accidental dents and other blemishes of the design. This very hands on approach to design which is so more at home with designers will allow a much more organic aesthetic to prosper. A product that isn’t restrained by the designers technical ability to form complex lofts in CAD. 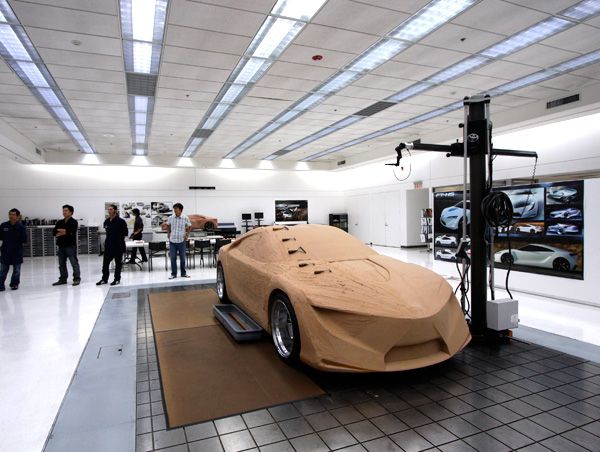 The next type of technology I think will revolutionise the design process is already here to an extent, well it’s here but is used in a different industry. Software products are renowned for having the ability to provide feedback to the designer/engineer through crash reports and other user feedback modules. As products are embedded with complex intelligence in the future and as further pressure is put on product development cycles to make them more efficient and streamlined, I believe everyday products will have feedback modules that give instantaneous information to the original designer. It would be like having a Google lawnmower or a Google chair. Products that relay your anthropometric data or your concerns or problems to the designer to aid them develop new and improved versions in the future, or alternatively release updates to the existing product. Of course I am not advocating for businesses to release half-developed products and rush them to market and use the feedback modules as an excuse that they still care for consumers. Another way I like to look at this is by referring to it as ‘live market research’. 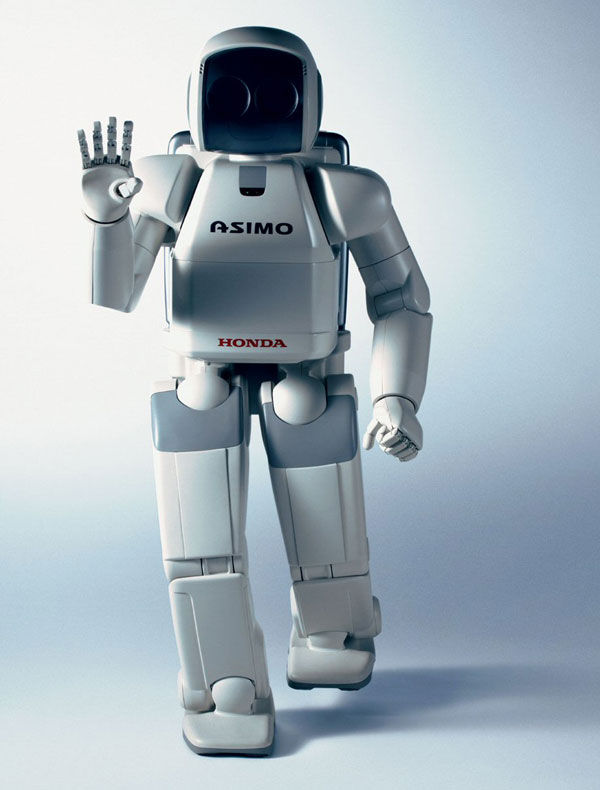 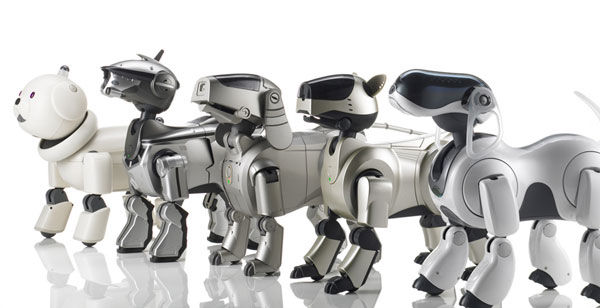 Finally the innocent, yet mysterious Apple Tablet. Although no-one really knows what market this product will address,  we can speculate the importance of these portable hand-held devices will have in communicating designs. We often forget even how important the mobile phone was in an intangible way to assisting the design process. But just think of how many times you were out of the office and needed to talk to a client, a supplier, a retailer, your boss or a friend about your product design? Mobile phones made this communication more flexible and it made product development faster as stakeholders were able to receive vital project information in real time. Products like the Apple Tablet will be the next step in making this instantaneous communication technology more vibrant and more visual. Imagine being able to send and share 3D models or sketches via a telephone call on a large 10 inched tablet screen? Tablets and tablet equivalent devices are the next step in improving the quality of these coffee room communications. 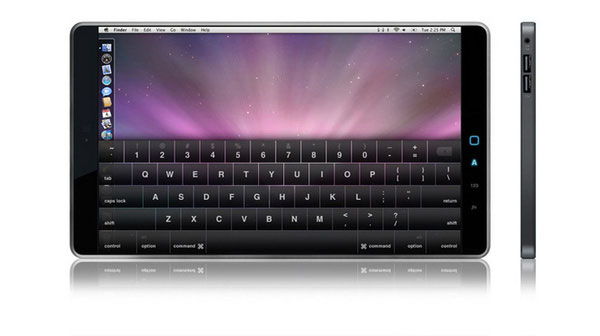