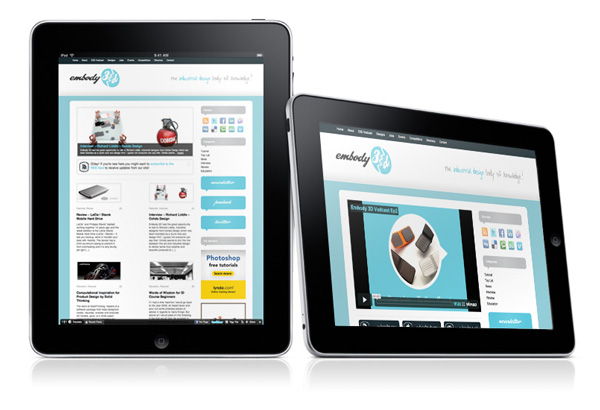 Is the soon to be released Apple Ipad the ultimate Industrial Design accessory or just another fad, or an over-priced note taker. You be the judge!

To Buy or to Not to Buy?

Just A Big Ipod Touch? Yes! But What’s So Bad About That?

Many people continuously put down the Ipad by saying it is “just a large Ipod Touch” in a completely derogatory sense. Yes theoretically the Ipad is just that, however in a practical sense a large Ipod Touch is going to speak wonders to the user experience and the tablets capabilities. It means everything is going to be bigger, text will become easier to read and more text will be able to fit on a page, the keyboard will be larger and easier to type on and photos/videos will be larger. Interfaces and control methods used within applications can now be more detailed and advanced. This could take a primitive photo editing application on the Ipod Touch and turn it into a near fully-operational version of Photoshop. The Apple Ipad will be released in America tomorrow the 3rd of April and the rest of the world can expect the product later this month. Will this be Steve Job’s final legacy, a new paradigm of the computing interface utilising touch and speech recognition?

One of the most notable applications on the Ipad includes Brushes by Steve Sprang. The application is a drawing app that allows the user/designer to scribble down sketches, change the input thickness, colour and texture. This could be a real handy application when you want to show a rough drawing or geometric shape to a client. Of course delivering a Van Goph-like piece of art is out of the question, but like most industrial designers can appreciate it is often the 10 second sketch that is so invaluable to client communication. There is also rumored to be an Autodesk Sketching application on the way as well.

One of the most prominent applications making its debut on the Ipad is the IBook Store. For student or professionals alike having access to hundreds of industrial design textbooks and magazines will be a fantastic resource. Both Amazon and Barnes and Noble will have their own applications for the Ipad, and the IBook Store has partnered with large design textbook publishers like McGraw Hill. This array of publishers and purchasing outlets will make the Ipad the most open book marketplace on any electronic device, well except for a laptop. But we all know the interface for reading books on a laptop/desktop is terrible. With adjustable font size, display brightness and typography selection the Ipad will be hard to beat. The Ipad will see an emergence of highly animated and interactive magazines that will give an extreme face-lift to the historical paper interface. Check out this concept magazine interface by Viv Magazine for the Ipad.

As designers we want a product that is light and easy to carry around, not some clunky laptop in a bag. For taking down quick notes for design research and syncing them with a desktop computer the Ipad will be second to none. What the Ipad really misses is a rear camera. Even if it was just 3MP, having camera functionality would be fantastic for taking photos of existing products and being able to scribble on top of them or put down notes.

Of course like an Iphone the Ipad will be an effective business management tool. It will be a great way to surf the web, check email and listen to music on the fly.